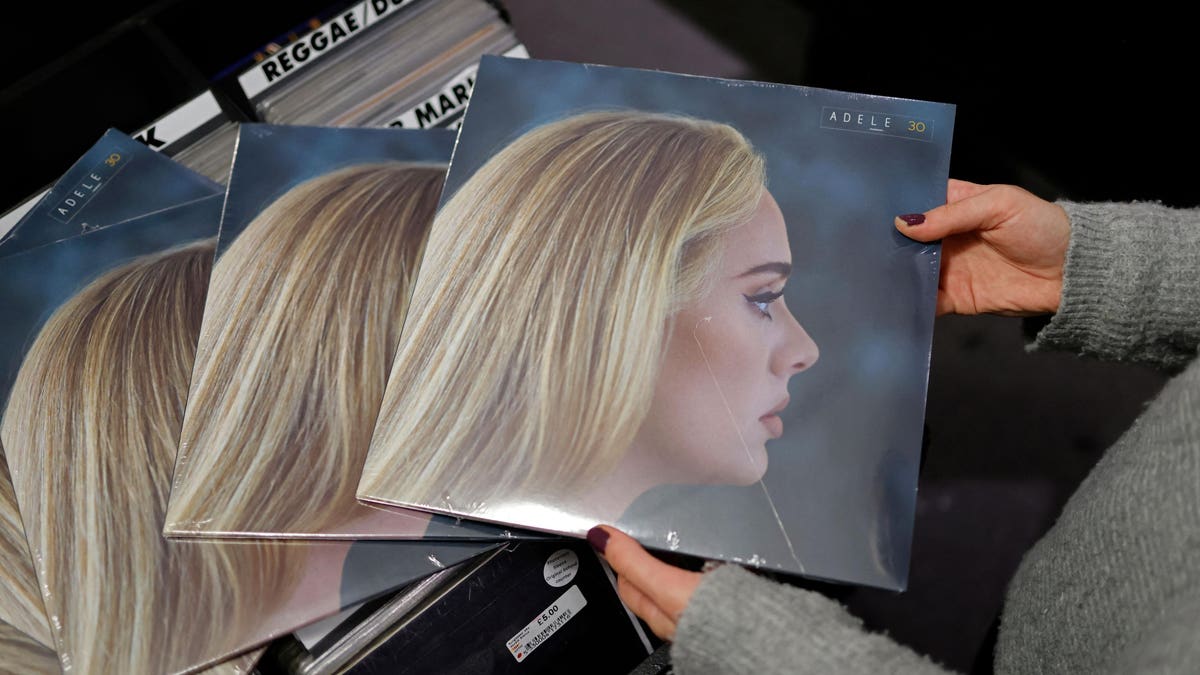 Adele’s 30 is the first album of 2021 to cross one million album sales in the United States, according to Billboard, a feat that’s getting harder to achieve due to the decrease in popularity of traditional platforms like CDs, vinyls and digital downloads in favor of streaming.

Adele’s album sold 692,000 CD, vinyl and digital album downloads in the first week of its release and 225,000 copies in the second week, according to figures from music sales tracker MRC Data published by Billboard.

Adele’s 30 is the first new album to cross the one-million-sale threshold since Taylor Swift’s Folklore album in October 2020, Billboard reported.

The record sales come as the single “Easy On Me” continues to dominate the Billboard Hot 100 list, notching a sixth week as number one.

The one million sales are a far cry from the 3.6 million physical copies her previous album 25 sold in its first week of release in 2015.

Industry trade group Recording Industry Association of America said in the first half of 2021, streaming sales were the dominant source of music revenue, accounting for 84%. CD and vinyl sales and digital download sales only accounted for 10% and 5%, respectively.

One week after its release on November 19, Billboard dubbed 30 the fastest selling album of 2021 in the U.S. and the U.K. The highly anticipated album received a lot of buzz prior to its release after Adele premiered the first single off the album “Easy On Me,” which broke Spotify’s record for single day streams on its release day. Its music video garnered over 15 million views in the first eight hours of its release. Adele’s album has 12 songs, with three bonus tracks that come with a Target exclusive CD.

What To Watch Out For

Adele announced she would perform a set of shows under a residency at Caesar’s Palace in Las Vegas starting in January. Presale tickets were supposed to go on sale Tuesday, however an Amazon Web Services outage delayed sales until Wednesday.