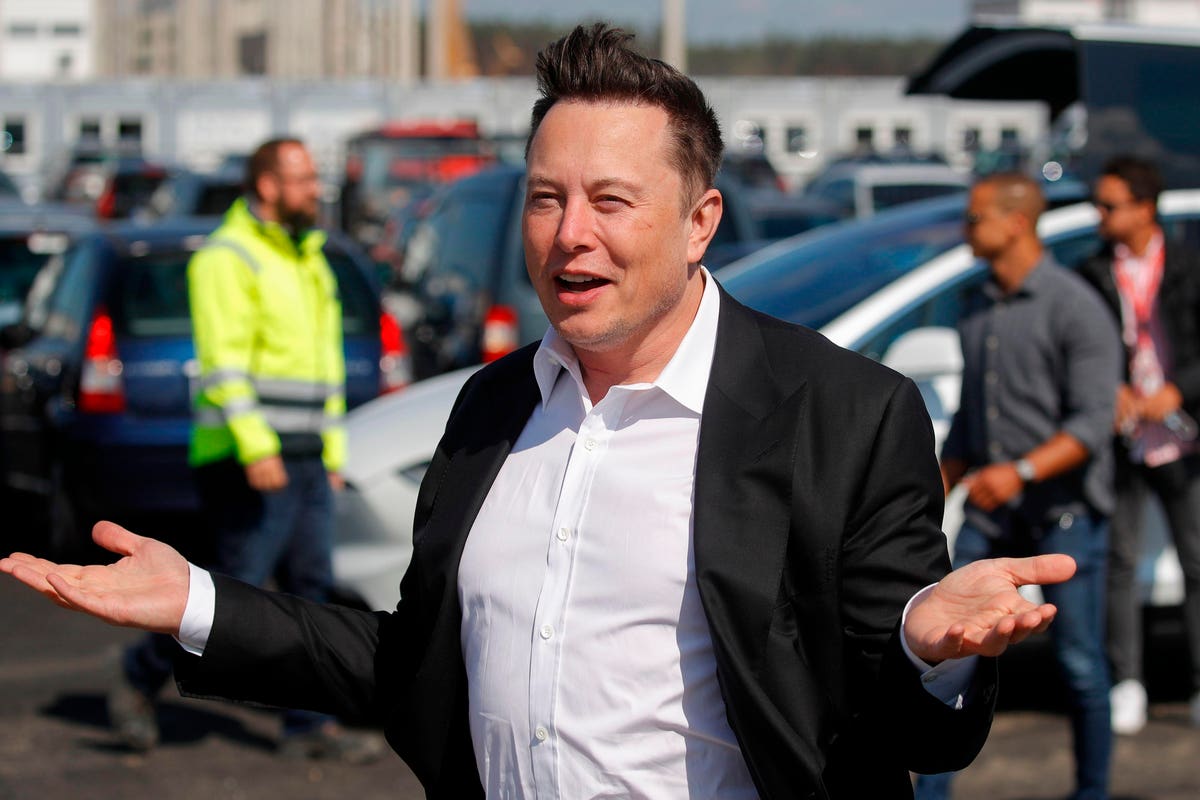 Now that the post-Thanksgiving food coma has worn off, Elon Musk has resumed selling Tesla shares with unprecedented vigor. He exercised options to buy 2.1 million shares on Thursday, according to Securities and Exchange Commission filings, and immediately unloaded 924,091 shares, worth about $1 billion, to cover the tax bill from the transaction.

All told, Musk has shed about 10.1 million Tesla shares, worth nearly $11 billion. Roughly $5 billion of that sum has gone toward taxes owed from options exercising; the remaining money—an estimated $4.4 billion after taxes—has gone into Musk’s pockets.

Musk first embarked on the selling spree on November 8, two days after posting a Twitter poll asking followers if he should sell 10% of his Tesla stake, ostensibly in light of a short-lived legislative proposal that would tax the unrealized stock gains of billionaires. (58% of the millions of respondents voted yes.)

Yet Musk had already planned to sell some of his Tesla stock long before that. In mid-September, Musk set up a trading plan “for the purpose of an orderly sale of shares related to the exercises of options scheduled to expire in 2022,” SEC filings reveal. The chief executive faced a multibillion-dollar tax thanks to the options. Since last month, he’s been chipping away at the 25.5 million options that were set to expire in 2022, exercising his right to buy 10.7 million shares and selling a total of 4.7 million shares to cover his tax bill. Musk still has more than 14.8 million options to exercise before the August 2022 deadline.

Meanwhile, he’s been dumping stock he has held for years as well. In total, he has sold 5.4 million shares—nearly 3.2% of his Tesla stake—for some $5.8 billion in pretax cash. To hit the 10% mark he promised his Twitter followers, Musk will have to sell an additional 11.6 million shares, worth about $12.1 billion as of Friday at 11 a.m. in New York.

The Twitter-saavy CEO has never sold stock like this before. Before November, Musk dumped Tesla shares only twice: In 2010, he jettisoned roughly 1.4 million shares for $24 million shortly after Tesla went public; in 2016, he sold 2.7 million shares for $593 million, which he used to cover taxes he owed for exercising some of his Tesla options.

Based on Tesla’s closing stock price on Thursday afternoon, Musk’s fortune stands at $282 billion, Forbes estimates, down from more than $300 billion just before the Thanksgiving holiday. Though the latest stock sales have boosted Musk’s famously-small cash pile, his net worth—which is largely tied up in Tesla stock—has ping-ponged over the past few weeks in line with the company’s stock price. Shares are down roughly 17% from where they traded just before Musk posted his Twitter poll, representing more than $200 billion shaved from the electric car company’s market capitalization.