John Part and Wayne Mardle give their verdict on Raymond van Barneveld’s second-round performance against Rob Cross, which saw the five-time World Champion crash out of this year’s tournament at Alexandra Palace

Van Barneveld’s return to the Worlds ended with a disappointing 3-1 loss to former champion Cross.

Barney, a five-time world champion, retired after a first-round loss at the tournament two years ago only to return late in 2020.

He could not have made a better start against Cross, the 2018 champion, making three 180s in the opening set and a 170 checkout in the second leg.

Part, a winner on the PDC stage in 2003 and 2008, told Sky Sports: “He didn’t handle the adversity very well when it started going against him. He’s not too used to these situations anymore – it’s been a while. It’s hard for him to step back into the assault if you will, and have things go wrong.

“Maybe Raymond wasn’t the best necessarily in those situations. Certainly, he’s come through a few and I’m not criticising him, but the way Rob came back at him, it was a brilliant display by Rob Cross. Probably the best 90 average match he’s ever had. The most important one as well.

“To fight back and assert himself, his celebrations along the way were really physical and he really just stamped his authority on it. Raymond seemed to buy a little bit into that unfortunately for him.” 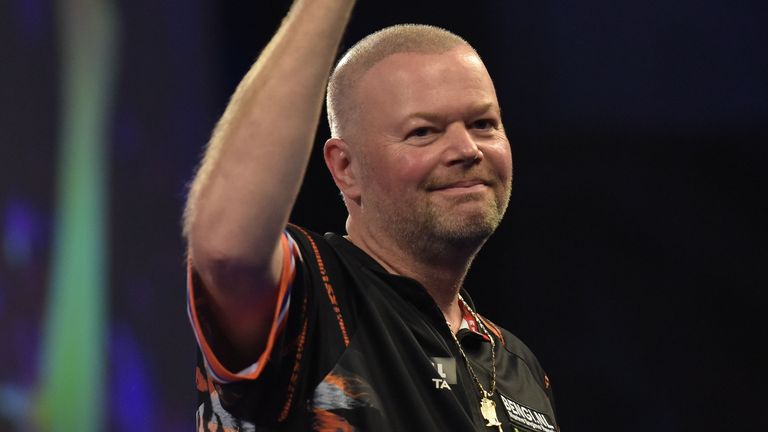 “I’m hoping that he gets back on the horse and plays in the Pro Tours and qualifies for whatever is next but he has to keep playing and believing he can win, because he can, he really can”

Wayne Mardle hoped Van Barneveld wasn’t as upset as he looked when he trudged off stage.

“The body language was that he was pained as if he doesn’t want to go through it again,” said ‘Hawaii 501’.

“The trouble with Barney is that he’s very emotional, he’s very knee-jerk reaction to everything that he goes through so would have loved the first game against Lourence Ilagan and hated that one, so doesn’t want to be put in that situation again.

“It just didn’t work out tonight and let’s just say that – ‘tonight’. I’m hoping that he gets back on the horse and plays in the Pro Tours and qualifies for whatever is next but he has to keep playing and believing he can win, because he can, he really can.”

Cross admitted he struggled to handle the atmosphere initially, saying: “It was mental. 24 months with Covid I haven’t had a crowd like this and that first set I just couldn’t settle.

“Fair play to Raymond, he played absolutely brilliant. I think from there I started to settle a little bit more but it was a hard game. I’ve been playing so, so well, I’ve put a lot of time into this. I’m just so glad that I got the win.”

Join us for the conclusion of the World Darts Championship at Alexandra Palace. Check out daily Darts news on skysports.com/darts, our app for mobile devices and our Twitter account @skysportsdarts