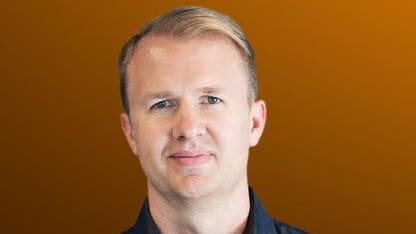 The billionaire founder of the advertising technology company The Trade Desk is resigning from the Church of Jesus Christ of Latter-day Saints, alleging a misuse of wealth and citing its stances on a range of social issues.

In a copy of the letter obtained by Forbes, Jeff T. Green—one of the wealthiest people from Utah—wrote that the church’s leadership “is not honest about its history, its finances, and its advocacy.” He added that while “most members are good people trying to do the right thing, I believe the church is actively and currently doing harm in the world.”

The rare rebuke was outlined in a letter dated December 23 and addressed to Russel M. Nelson, the church’s president. Green—who now lives in California—wrote that he has not been a “believing, attending, or practicing” member of the Mormon Church for more than a decade. However, he had not requested being removed from the records until now.

“Although I have deep love for many Mormons and gratitude for many things that have come into my life through Mormonism, I have not considered myself a member for many years,” he wrote. “And I’d like to make clear to you and others that I am not a member.”

With an estimated net worth of around $5.2 billion, Green is the 253rd richest person in the U.S., according to Forbes’ estimates. Last month he joined a growing group of billionaires by signing The Giving Pledge, vowing to donate more than 90% of his wealth before or at the time of his death. However, he described the Mormon Church’s $100 billion in assets under management as “all a derivative of the widows mite”—a phrase that comes from a Bible story about a poor widow that gives away her money to the church—adding that LDS “has been wealthy for many generations and yet doesn’t do nearly as much as it could.”

“Given you claim to represent the will of God and act as a special witness of Jesus, the Mormon church should be doing more to help the world and its members with its wealth,” he wrote. “Instead, I think the church has exploited its members and their need for hope to build temples, build shopping malls, cattle ranches, fund Ensign Peak Advisors investment funds, and own mortgage-backed securities, rather than alleviating human suffering in or out of the church.”

According to Green, the Mormon Church “has strained and divided millions of families” through its stances on a range of social issues that have “hindered global progress in women’s rights, civil rights and racial equality, and LGBTQ+ rights.” He’s also donating $600,000 to the Utah-based LGBTQ advocacy group Equality Utah, with half of the funds going to scholarships for LGBTQ students in the state.

Representatives of the Church of Jesus Christ of Latter-day Saints did not respond to Forbes when asked for comment about Green’s departure and his criticisms.

This isn’t the first time a prominent Mormon has publicly criticized the church this year. In March, James Huntsman—the brother of former Utah Governor Jon Huntsman Jr.—filed a federal lawsuit against the church that accused the organization of using tithes for commercial purposes rather than for charity.

Deciding to leave was an “extremely difficult” process and took “several years of study and reflection,” Green wrote. However, he explained that remaining would have led to a “less fulfilling life” and also would have “meant living inauthentically.” He added that he instead wants “a life of honesty, morality, truth, and a desire to pursue a more socially just world—not because I desired a different lifestyle.”

“Whenever someone leaves a high-demand, insular religion—it brings some initial pain for all involved,” he wrote. “I feel deep empathy for those who have been ostracized from the Mormon community or who choose to leave because of their beliefs, values, or even just who they are. Leaving almost always means losing some amount of family harmony. And those who stay feel loss and pain for those who have left, especially when in the believers’ minds, they are losing family forever. I live with this discomfort every day.”

At the end of the letter, Green also provided several disclosures, including that he’s hired a lawyer to represent him. He also requested his name be “permanently and completely removed from the membership rolls of the church,” adding that “I am aware that the church handbook says that my resignation ‘cancels the effects of baptism and confirmation, withdraws the priesthood held by a male member and revokes temple blessings.’”

“My resignation should be processed immediately, without any ‘waiting periods,’” he wrote. “I am not going to be dissuaded and I am not going to change my mind. I expect this matter to be handled promptly, with respect and with full confidentiality. After today, the only contact I want from the church is a single letter of confirmation to let me know that I am no longer listed as a member of the church.”