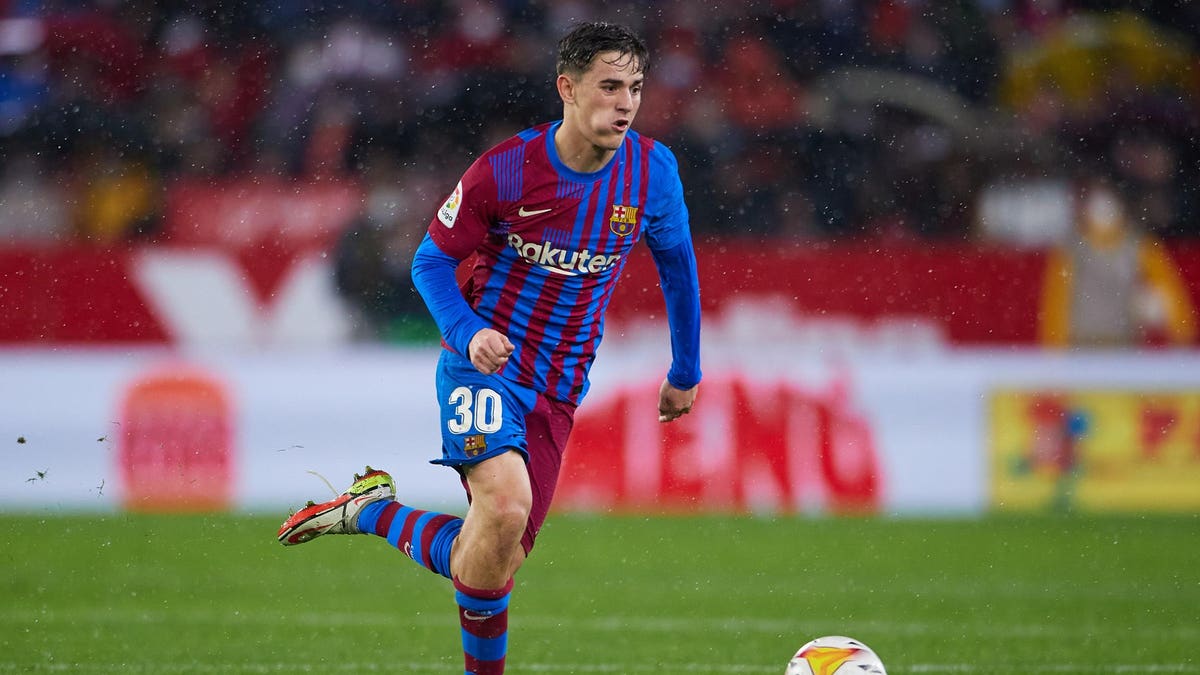 Granted FC Barcelona stagnated under his watch, and that he wasn’t the all-trusting in youth presence he often professed to be, but former manager Ronald Koeman at least deserves some credit for his work in both preseasons he oversaw at Camp Nou in 2020 and 2021.

In the former, he boosted Pedri to the first team as the Tenerife native went on to become a fully-fledged Spain international and Europe’s Golden Boy.

In the latter, he took a punt on Nico Gonzalez and Gavi, who have become the face of a new-look Blaugrana outfit under Koeman’s successor Xavi Hernandez while Pedri recovers from injury.

The 17-year-old Gavi, like Pedri already a regular in Luis Enrique’s La Roja side, is “coming on leaps and bounds” as Mundo Deportivo described this week.

Netting a solo effort last Saturday against Elche that Lionel Messi would have been proud of, the goals are starting to come now too alongside the assists, crunching tackles and the spreading of the ball from deep that moves the Catalans forward.

Forever with his tongue and cheek and laces untied, he is reported to be close to signing a new contract until 2026 with a bonus of anything from $1.7mn to $2.26mn that some dispute the existence of. But in any event, he wants to stay – which is what matters most.

His salary of $113,000 a year is to be somewhat considerably increased, as will his release clause from a non-Chelsea proof $56.5 million to a whopping $1.13 billion just like Pedri and Ansu Fati.

The Catalan press also on his side, Gavi has won half the battle to merely get on with it and focus on his game.

“It makes me dizzy to put so much responsibility on the small back of a child who is not even of legal age, but he is so exaggeratedly good that you have to start thinking about it,” gushed the widely-respected Alfredo Martinez this week.

“In Gavi you can start to rebuild the new Barcelona. A winning, competitive, character, a fierce fighter and, in addition to this, a technical one. Come on, he has almost everything.”

“Gavi is the leader,” Martinez went on. “The one who has the most courage, he always goes to fight, and despite his small body he is tremendously courageous.”

They say he doesn’t tie his laces because he gets tremendously nervous before matches, but with the effortless calm he seems to play with, “like he’s in the patio at school” as Luis Enrique once said, you wouldn’t think it.

Though major trophies may take some time to return, you can guarantee that when they do, Gavi will be one of the primary forces behind the success.