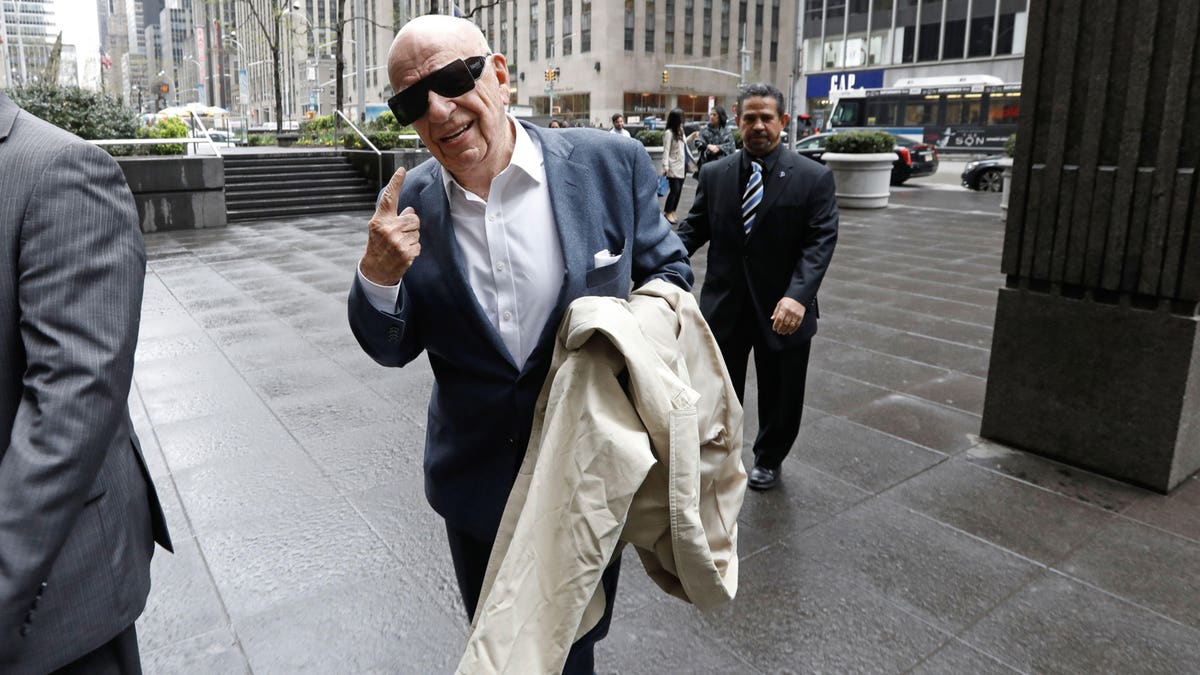 Rupert Murdoch is not shy about enjoying the spoils of his success. The News Corp Chairman and CEO—who is the world’s 85th richest person, with an estimated net worth of $21.6 billion—just forked over $200 million with his wife, Jerry Hall, to purchase a sprawling Montana cattle ranch from the billionaire Koch family, according to a new report, marking the latest addition to an already eye-popping portfolio of properties accumulated by the storied media mogul.

The deal between the two conservative giants of the mega-rich was first reported Thursday by The Wall Street Journal, citing people with knowledge of the transaction. A spokesperson for Murdoch confirmed the purchase of the ranch, known as Beaverhead, to the WSJ, but did not comment on the price. (Representatives for the Murdoch and Koch families did not immediately respond to requests for comment from Forbes).

Beaverhead Ranch, a 340,000-acre working cattle farm located in southwest Montana near Yellowstone National Park, was purchased more than 70 years ago by Fred C. Koch, the late founder of Koch Industries. The conglomerate, which ranks as the U.S.’s second-largest private company according to Forbes, has been run for decades by one of his sons, billionaire Charles Koch, a prolific Republican donor.

Now shifting from one billionaire family to another (Forbes estimated the Kochs to be worth $100 billion a year ago, making them America’s second richest family), Beaverhead spans 50 miles across two different counties. Among the ranch’s most impressive features are a 28-mile long river for trout fishing and 25 homes, which are mostly used by employees, according to The Journal. Its sale marks the largest ranch transaction in Montana history. Murdoch described its ownership as “a profound responsibility.”

It’s a massive purchase that beefs up an already substantial array of real estate held by the 90-year-old Murdoch, whose wealth comes primarily from his stakes in News Corp, Fox and Disney, which purchased the film and TV assets of his 21st Century Fox, for $71.3 billion in March 2019. The Murdoch family owns at least three other mega-properties—including another ranch—in the U.S. and Australia.

Within the U.S., Murdoch has feet on both coasts thanks to the 2013 purchase of Moraga Vineyards and Estate, a 13-acre winery and mansion in Bel Air, California. The land was owned by Gone With The Wind director Victor Fleming before it was transformed into a vineyard by corporate titan Thomas Jones in the 1970s. Murdoch paid $28.8 million for the property after seeing it advertised in The Wall Street Journal, a newspaper owned by Murdoch’s News Corp. . It continues to run as an active winery, selling a Bordeaux-style red for $175 and a sauvignon blanc for $115, while its main residence—a 7,500 square foot Mediterranean-style mansion—serves as lodging for when the super-rich couple venture out west.

Murdoch’s son, Lachlan, who runs the Fox empire including its broadcast, cable news, business and sports networks, purchased his own Bel Air home in 2019. The sale of that French chateau-style mansion and estate made famous by TV’s The Beverly Hillbillies for a reported $150 million actually set a record for the most expensive home ever sold in California (the record has since been broken by a Malibu mansion that sold for $177 million).

Rupert Murdoch also owns a four-floor penthouse in New York City, right at the foot of Madison Square Park. He shelled out $57 million for the top three floors of the glassy One Madison condominium tower and another full-floor apartment beneath it in 2014 before trying unsuccessfully to sell the combined lot for $72 million a year later. The penthouse portion alone is nearly 7,600 square feet and boasts 360 degree views of the city. Other famous inhabitants of this building over the years include Peter Buffett, the son of billionaire investor Warren Buffett, and celebrity couple NFL quarterback Tom Brady and supermodel Gisele Bündchen.

Outside of the U.S., Murdoch owns a second ranch located in his native Australia. This property, known as Cavan Station, was purchased by the media mogul (before he was a media mogul) in the mid-1960s. It played a significant role in Australia’s production of fine wool and today operates as a roughly 25,000-acre sheep and cattle ranch in New South Wales. According to The Australian, a newspaper started by Murdoch, Cavan Station is the place where the Murdoch family tends to gather. “Their affection for this property is that it is the place they meet as a family, it makes them feel Australian,” Cavan Station manager Matthew Crozier told the newspaper in 2018.”

Though these are the only properties Forbes was able to confirm as Murdoch’s, they may not mark the end of his real estate holdings. According to reports, the billionaire owns (or at some point owned) two properties in the U.K.: An 11-bedroom Georgian mansion in Oxfordshire and an apartment on St. James Place in London’s upmarket Mayfair neighborhood, though Forbes was not able to confirm their current ownership. A house owned by Murdoch in Beijing and an apartment on New York’s Fifth Avenue, where Murdoch, his ex-wife Wendi Deng and their two young children once lived were both reportedly kept by Deng after the couple’s 2013 split. In 2015, Murdoch sold his 11-bedroom Beverly Hills home to his youngest son, James, for $30 million.

And that’s just his properties. The News Corp leader has been known to enjoy a popular billionaire toy or two, such as his $84 million private jet, a Gulfstream G650 Aerospace which he reportedly purchased in 2015. Murdoch is reported to have sold his superyacht—the Rosehearty—for $29.7 million in 2014.