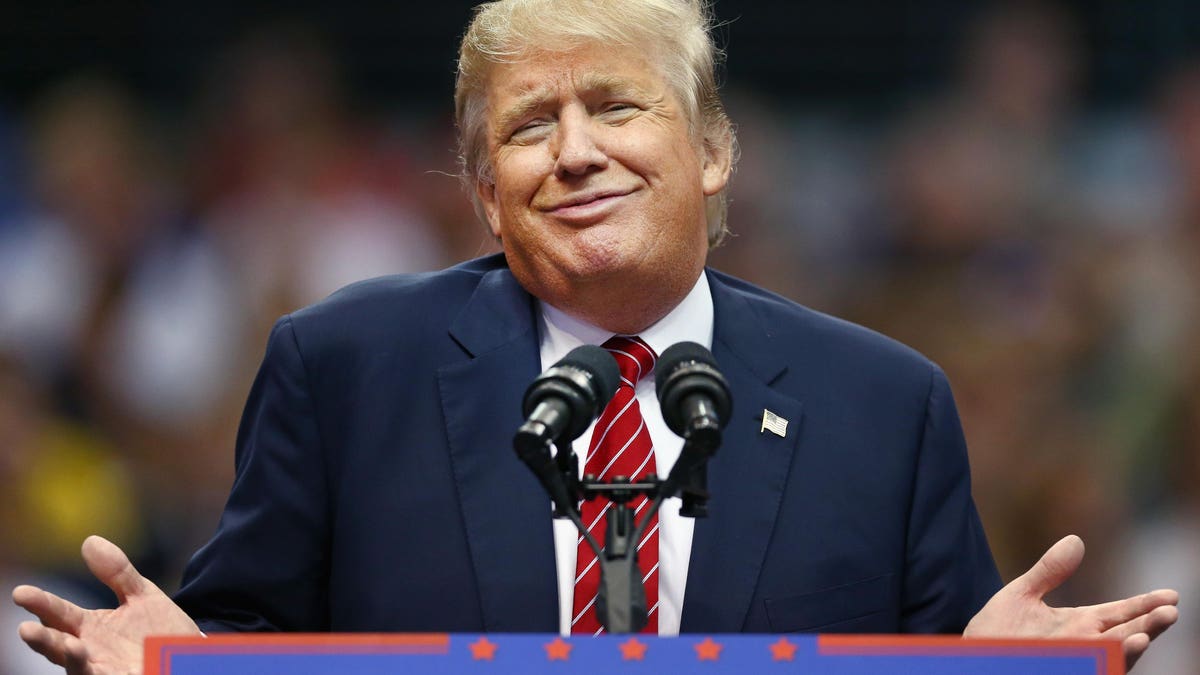 Richard Kofoed, a serial entrepreneur from California, looks like a big shot on social media. One photo shows him sipping rare bourbons, including Old Rip Van Winkle and George T. Stagg, with Kentucky Senator Rand Paul in the Trump International Hotel in Washington, D.C. Another picture captures him mingling with House Minority Leader Kevin McCarthy. A third post shows Kofoed and his wife, Stacy, posing with a line of dead pheasants they hunted with Governor Kristi Noem of South Dakota. Then there’s the shot that every hard-core Trump supporter wants: a picture of Kofoed and his family standing alongside a beaming Donald Trump, who is flashing his signature thumbs up. “The below post truly sums it up for me in 2020!” Kofoed wrote in the caption.

Social media doesn’t always tell the full story. In fact, Kofoed started out 2020 by filing for personal bankruptcy. When the pandemic was surging two months later, he started a business and began working with two other companies to sell personal protective equipment. One of those business associates ended up filing a lawsuit against Kofoed, alleging that he embezzled millions and used it to fund his lavish lifestyle.

By the end of 2020, Kofoed had donated more than $800,000 of cash and air travel to Republicans. He then reportedly shepherded Kim Guilfoyle out of D.C. on a private jet on January 6. To top it off, he moved into one of Donald Trump’s Palm Beach homes, right next door to Mar-a-Lago.

Kofoed and his attorneys acknowledged receiving Forbes’ inquiries, but Kofoed and his lawyers did not address any of the allegations described in this article. In court filings in the civil suit, Kofoed denied accusations that he stole his business associate’s money. But there’s no denying Kofoed’s sudden rise, from a financially distressed businessman to a Republican power player. The most interesting part of his tale is the larger story it tells about American politics today. Turns out, it’s incredibly easy to gain access to some of the most-powerful people in the country.

Kofoed liked to live large even before 2020. His January 2020 bankruptcy petition, which was dismissed after a creditor objected, showed $1.3 million of debt and $1.8 million of assets—almost entirely accounted for by his $1.7 million, 4,600-square-foot home on a natural preserve 30 miles north of downtown San Diego.

Fifty days after filing for bankruptcy, on March 4, 2020, Kofoed, a real-estate consultant who also had launched a CBD firm and social-media platform, incorporated a company named SNS Global USA, LLC in Delaware. The firm’s business model appears to be relatively simple: buy stuff overseas and sell it in the United States—particularly personal protective equipment, the lifesaving supplies most Americans were desperate to acquire in the early stages of the Covid-19 pandemic.

Things didn’t go according to plan. In a lawsuit filed in Los Angeles County Superior Court in October 2020, Krystal Ventures alleges that Kofoed just kept the profits for himself rather than splitting them. Kofoed denied those accusations and filed a countersuit, claiming his business associates misrepresented their ability to acquire PPE and defrauded his company with padded invoices.

What’s not in dispute: Shortly after the PPE venture launched, Kofoed started funneling large amounts of money to politicians. On July 9, 2020, he made his first contribution to a federal political campaign in 12 years, donating $64,000 to support Donald Trump’s re-election and the Republican National Committee. His wife, Stacy, did the same that day. They were just getting started. Over the next five months, the Kofoeds and SNS Global USA donated at least $701,000 in cash, plus another $128,000 of air travel. It all went to Republicans.

Other beneficiaries included Sen. Rand Paul of Kentucky and 13 state GOP committees. The Kofoeds also donated to at least one state campaign, kicking in $8,000 to support the re-election of South Dakota Gov. Kristi Noem.

Money has a way of opening doors. On her now-private Instagram account, Kofoed’s wife shared the VIP treatment she and her husband received around the Republican National Convention. In addition to spending time with McCarthy and Paul, they got to watch Trump’s speech at the convention from the White House lawn.

Kofoed’s business partners took note of the flashy photos appearing on social media. On October 16, 2020, Krystal Ventures filed its aforementioned lawsuit, alleging that Kofoed had bought access with stolen money from their venture. “Kofoed has retained (or diverted from SNS Global) all or almost all of the profits from these PPE sales for himself,” Krystal Ventures’ attorney wrote in the complaint. “Kofoed has spent that money funding a lavish lifestyle, including family vacations and trips on private jets around the country, including to the 2020 Republican National Convention, and on substantial political donations. In short, Kofoed has absconded with the profits due to Krystal Ventures under the agreement and is using them for personal gain.”

The suit is now going through pre-trial motions. Neither Kofoed, nor his attorneys, would comment on it. The case doesn’t seem to have stopped his networking in Washington, however. Eight of his family’s 50 contributions, totaling $49,000, came after he was served with the lawsuit.

Last Christmas, the Kofoeds celebrated in two places: the White House and Mar-a-Lago. Apparently they enjoyed the experience. On a January 21, 2021 business registration, the Kofoeds declared their address as 1094 South Ocean Boulevard. According to records filed the same month, that home belongs to Donald Trump. Representatives of the Trump Organization did not reply to requests for comment.

Even though Kofoed’s full story—complete with the bankruptcy filing, lawsuit and new address—has never been told, Kofoed’s proximity to the first family has earned him a few passing mentions in media reports. Last month, ProPublica noted that Kofoed chartered a plane that shepherded Kimberly Guilfoyle, who is dating Donald Trump Jr., to Florida after she spoke at the Jan. 6 rally to overturn the election results. The Daily Mail reported that the Kofoeds attended a fundraiser for Noem in September 2021, where they allegedly witnessed former Trump campaign boss Corey Lewandowski harass a fellow donor (an attorney for Lewandowski dismissed the allegations as “rumors,” according to the Daily Mail).

Meanwhile, out of the public eye, the Kofoeds’ troubles keep mounting. The state of Delaware claims that SNS Global USA did not pay its taxes on time. One company filed a mechanics lien in April, alleging Kofoed owes it $42,000. A private aviation firm sued Kofoed in September, accusing him of stiffing them on a $42,000 charter flight. And a contractor filed a lawsuit in October against both Kofoeds, claiming they failed to pay for $110,000 worth of work on their home. Kofoed did not respond to questions about these matters. Both the aviation firm and the contractor who sued are seeking default judgements after Kofoed failed to respond to their complaints.

He won’t be able to ignore all of his legal issues. The next hearing in the Krystal Ventures lawsuits is scheduled for April 6, with a jury trial slated to begin in July.